What Does Hive Look Like With 100 Million Transactions Per Day?

This is a loaded question which can be answered in many ways. A lot of it is going to depend upon the individual and the viewpoint he or she carries.

Nevertheless, when we delve down to the basic level, we have to start with blockchain. Since Hive is a blockchain, that means it is considered distributed ledger technology. This means it is a ledger similar to what banks utilize. It keeps tracks of wallet balances, while transferring coins back and forth.

We also have a decentralized database that contain immutable text. Because of this, the social media aspect of creating posts and storing them on-chain exists.

To me, this is the foundation of Hive at its core. From there, we build a host of application, all utilizing the Hive account management system, another base layer feature. All of this, in turn, drives activity back to the chain.

Another word for activity can be transactions. This is becoming a bigger part of blockchain analysis in my opinion. As the industry evolves, what is taking place within each ecosystem is a vital question.

For Hive, this is paramount. We often discuss the idea of community. This shows up in the amount of activity that is taking place.

Hence, the higher the numbers, the more our economy is thriving. 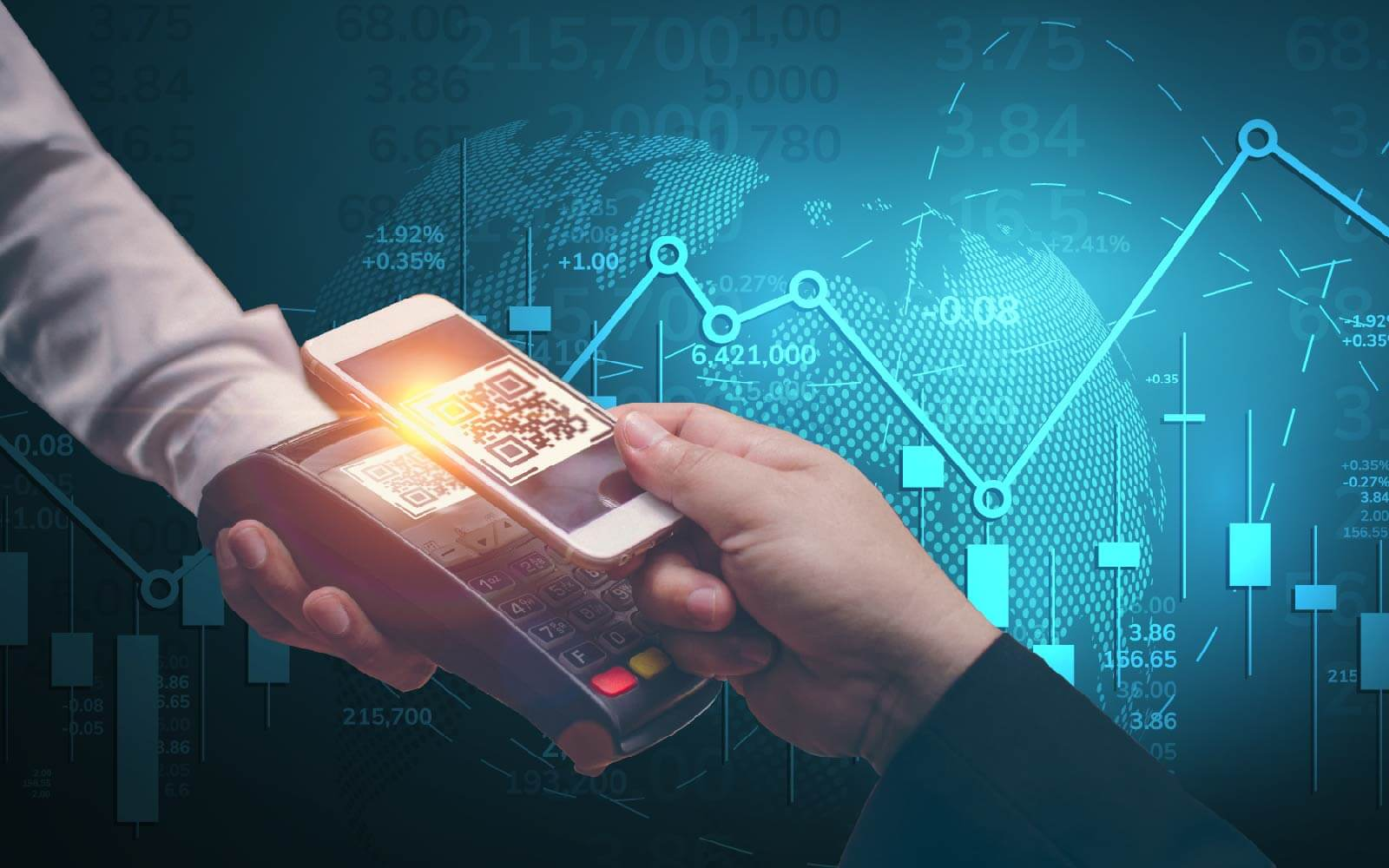 On Hive, most of the transactions have potential value. The reason for this is because of the voting system. We see that most of what is posted on-chain has the ability to be monetized, even if not directly. Even many of the custom JSONs, when tied to games, have some value since those platforms have monetization involved.

When looking at the overall Hive economy, we can easily see how increased transactions have a direct effect on the valuation we can ascribe to the ecosystem.

Of course, much of this can start with the basic financial transaction, using Hive as a medium of exchange. In the article Venezuela: Making HBD A Reality we discussed how the Hive Backed Dollar (HBD) is emerging as a powerful payment tool for the people in the Sucre region. There are roughly 10 businesses that now accept the Hive coins (HBD and $HIVE) as currency for payment.

It is obvious how an increase in the amount of transactions being done in this regard can only enhance the Hive economy. Here we see a direct value in each transaction based upon what is being paid.

The same thing is observed on the social media side. As more is posted, these can be monetized. Of course, the reward pool is not altered. That is distributed based upon voting values, regardless of how they are broken up. Nevertheless, as more activity takes place, engagement increases. This is vital for an ecosystem.

Even the creation of a new account have potential value. This is a single transaction on the blockchain yet it can have enormous impact. Daily transactions add up when the userbase grows.

To some, this might sound absurd. How can Hive do 100 million transactions?

In actuality, this is not a large amount. When we look at some of the other applications that are out there, this is what we see daily:

As we can see, the number of transactions made online is enormous. This list didn't even delve into markets like FOREX where trillions are swapped daily. That aside, we can see how the numbers get very big.

Therefore, for Hive to do 100 million transactions per day is not outrageous target.

In fact, the average is roughly around 3 million at this time. As we can see, this is 4 times larger than the most active blockchain at this time. However, we should not focus, in my view, on the blockchain world exclusively. Instead, with the foundation be applied for Web 3.0, we should start to look to pull numbers from the established system, both financial and social media.

Hive is very interesting in that we see a compounding effect. While 100 million transactions seems like a lot, this is not the case. We are likely looking at under 1 million users. Of course, some might speculate that is still 100 transactions each, an unattainable number.

Here is where the compounding enters. To start, if an account is curating, that is 10 votes per day at a minimum if they are not broken up. We know many accounts deliver dozens of votes per day.

Then we have the payouts. Each posts that receives upvotes pays both the author and every curator. Of course, this is a total based upon the individual users total activity. Nevertheless, there is distribution off each upvoted piece of content.

We then add in the layer 2 tokens that are distributed on Hive-Engine. Here we see a notification of the blockchain, another transaction, that carries value.

All of this leaves aside commerce and finance, two major areas that Hive has not really constructed yet. However, there are things being worked on that will see things rolled out this year.

With a sustained 100 million transactions on Hive, it will be on the radar of the industry. At that point, it is too big to ignore, even if it is small by Internet standards.

One of the keys was described in the article Hive's Circular Nature And The Future Impact On Price. The fact that $HIVE is an access token, providing users with resource credits when staked, means that each of these transactions requires some form of the base coin. It is simply unavoidable.

Hence, the amount of $HIVE required to be powered up is much lower at 3 million transactions as compared to 100 million. The math is in this rather simple.

Here is where we see the circular nature of things and how it feeds in back upon itself.

As stated, with Hive, almost all transactions have value. They feed back directly into the economy that is being constructed. All of this comes under the value capture coin, $HIVE.

It is likely we see an exponential increase. This is how compounding works. It is impossible to guess the level where things take off. The move from 3 million to 25 million might be a grind. However, we could see the network effect move it to 100 million rather quickly.

Nothing on Hive operates in a vacuum. Each activity has a greater than 1 impact. Here is where the growth rate can outpace anything else we discuss. For example, 1,000 new super users could really send flying. Remember, the activity they conduct can elicit more from the rest of the community.

At 100 million transactions per day, Hive is getting a lot of attention. The user base will be a fair bit larger and much stronger. More DApps will be ranking on the different sites that monitor this stuff.

And most importantly, the need for Hive Power will skyrocket. This will help to feed into the Hive economy since everything becomes more valuable. For example, just imagine what the value of the Decentralized Hive Fund (DHF) will look like at, say, $4 $HIVE.

There are hundreds of billions of transactions done each day online. Hive is looking for a measly 100 million of them.

If that happens, we are looking at one of the stronger ecosystems within the cryptocurrency industry. At that point, we could see another massive jump as others discover what is taking place.

If you found this article informative, please give an upvote and rehive.

Hive is in stealth mode at the moment.

At some point, there will be an explosion event.
Let's keep plugging away ...

I would agree. It is really under the radar at the moment. We are seeing a lot of activity in terms of development and project teams. Hive is not a hype machine.

Something will trigger Hive and HBd. Like the collapse of USDT or even Twatter 🤔

Well a collapse of USDT would really hit crypto hard, all of it.

As for Twitter, I wouldnt bet on it failing, at least anytime soon. The migration away, it will be slow.

Well, they got rid of 70% of the Twitter staff.
70% of the accounts are bots.
And not profit in sight.

Apart from that, there is the Great unknown

The only true way we can know what the blockchain can handle is to throw it at it.

I guess the first level will be to see if we can get 10 million.

By the way, it also depends upon the transactions. Some like custom JSONs are different from blog posts.

Very interesting. I hope we can test the blockchain's limits as time goes by. 3 million is not a bad starting point for 100 million by the end of the year

Hi @taskmaster4450. Thank you for your always very interesting articles.

Would Hive be able to handle 100 million transactions right now?

Would Hive be able to handle 100 million transactions right now?

From what I understand, the blockchain can scale many orders of magnitude higher. So I would say that blocktrades and the rest of the team is on top of it. That was the focus for the first two years after the fork from steem.

How many can we handle exactly is not known. We can always go bigger block if needed.

Thanks for the reply.

I have a project in mind to start in a few days that could have important developments and who knows maybe it won't help to reach 100M of transactions ;)

Hence, the higher the numbers, the more our economy is thriving.

In the case of the social media aspect, I have to disagree. More isn't always better. If we were to get a large influx of spammers for example, that wouldn't help us to thrive.

This post has been manually curated by the VYB curation project

That is a detail explanation worth giving proper attention. Thanks for sharing. I believe in hive, I believe the 100 million transaction per day might just be a tip of the icebergs if properly followed.

I think Hive achieving 100 million transaction will depend on a few dapps becoming viral on mainstream media. Especially, social media or gaming dapps. I like to think that it's just a matter of time before it happens because Hive is too good to be ignored.

100 million transactions per day would be an amazing feat for the blockchain. We still need adoption to the level where the average granny can have an account without hassle. I saw a comment in @edicted's post yesterday talking about this.

I think the transactions will come when the applications come by. It's going to take time but I can definitely see it happening.

Even at its core, it's not easy to fully grasp Hive. All I know is that Hive is both a blockchain and a cryptocurrency. As a blockchain, it utilizes DLT making social media activity with its corresponding incentives and other financial transactions stored on chain. How about its decentralized character? I see here the role of nodes and the dApps.

Read how this all have started with Toruk